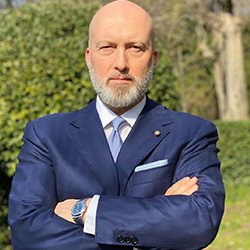 The European Confederation of Care Home Organisations elected its new Board for the three-year period 2022-2025. Its President is Averardo Orta (ANASTE -Italy)

“The new team is working to harmonise the system of territorial care at European level. We will present the white paper by 2023”.

The elective General Assembly of ECHO (European Confederation of Care Home Organisations) was held in Brussels on 13 and 14 July for the renewal of the Board of Directors that will remain in office for the three-year period 2022-2025.

ECHO was founded in 1989 in Brussels in order to promote, in agreement with the European institutions, the improvement of the social and health sector, with regard to the third age as well as to disabilities, through the principle of cooperation of all its member states.

This is the comment of newly elected President Averardo Orta:

“The recent pandemic has highlighted the centrality of territorial care and treatment at European level. All Member Countries are promoting better territorial care. E.C.H.O. aims to bring together all the experiences and competences of the associations that make up the Confederation to allow for a harmonious development of the reforms in the coming years. In September we will meet with the new Board to plan a white paper and propose a European directive to harmonise territorial care across the Union. We will present the document to the European Parliament by 2023”.

In the meantime, the new Board met in Brussels to define the programme for the next six months and the priorities for action based on the experiences of the Member States during these pandemic years.