Accueil » Member's Corners » Internists in France – Stop the contempt, the temperature is rising 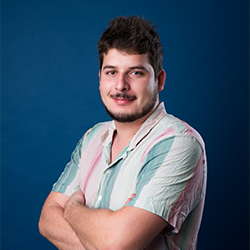 A press release from the ISNI in August 2022 is signed: Stop the contempt, the temperature is rising. What are your demands concerning the place of interns in the hospital?

While we, the interns, are the pillars of the organisation of the public hospital in France and hold an essential place in the permanence of care, our demands are ignored by the government and the university hospitals that train us. Lack of recognition, unfair treatment, salary inequities… the training system for future doctors in France must change because it is deleterious.
The demands of the interns’ union (INSI) relate firstly to our status. Interns represent up to 40% of hospital medical staff, sign 70% of hospital prescriptions and carry out a large proportion of night shifts…. In view of these figures, it is quite legitimate to ask to be recognised as real doctors, in training perhaps, but ensuring a real mission of care, with responsibilities. However, this is not the case, particularly during salary negotiations.

We have been partly excluded from the Covid bonuses, the interns’ salary, which had not been revalued for ten years, will increase by 3.5% this year, well below the current rate of inflation, and this increase does not concern the bonuses (1/3 of our income).

Our other demands concern working hours, because an intern can easily accumulate 60 hours of work per week, whereas European legislation provides for a limit of 48 hours and a fair accounting of the hours worked.

Why do French hospitals struggle to apply it?

The law is restrictive for university hospitals, which need qualified and cheap labour. This is why, in most university hospitals, the working hours of interns are not counted.
We referred the matter to the Council of State and a decision was handed down on 26 June 2022, after two years of deliberation. It enjoined the university hospitals to set up a reliable hourly breakdown of working time and we gave them formal notice on 28 July 2022 to implement this request by the end of October 2022. It is important to know that, following a request from the European Court of Justice, France has put in place special legislation with a breakdown of working time into half-days. We can work 8 half-days per week in the hospital, and keep 2 half-days for training. Given that a half-day can represent 4, 5, 8… hours, an intern’s weekly time counter automatically exceeds the recommended limit, with all that follows, lack of rest periods, overwork, depression… and sometimes also suicides. An intern commits suicide every 18 days in France, it’s unbearable. At present, the system does not protect us from the psycho-social risks inherent in our profession.

Our priority is to improve working conditions, in particular with a maximum of 12 hours on call, and not 24 hours as is still often the case. Salary increases will follow.

Your training takes place mainly in public hospitals, wouldn’t it be interesting for you to do more internships in private hospitals as well?

Training in France is still very hospital-centric, but private clinics are increasingly offering internships to interns, especially in surgery, which is a good thing. Training in a hyper-specialised establishment, practising surgery and learning from expert doctors, all of whom have, moreover, been in public hospitals, is inevitably attractive for a medical student. On the other hand, private clinics have to be willing to finance these positions, and this is very director dependent.

Statement by the French Federation of Private Hopitals

In order to guarantee a rich and balanced training pathway, it is important that future doctors have access to a wide range of training sites, including both the public and private sectors, so that they have a broad knowledge of the different care environments. This encourages cooperation and thus contributes to a better network of care in a given area. However, there is a relative reluctance on the part of medical schools to open up internship places for interns to private hospitals and clinics, even though there is a demand for this. This obstacle is penalising in terms of recruitment and attractiveness. The figures from the 2019 (SAE) show the constant under-representation of the private sector in the 3rd cycle of medical studies, since only 272 interns were counted… i.e. 0.7%!

However, many private health establishments are located in areas with a low supply of health care, and can therefore be ideal locations for young interns, as part of a policy to encourage them to do their training in these under-resourced areas.