Accueil » Member's Corners » The challenges of the Italian health system 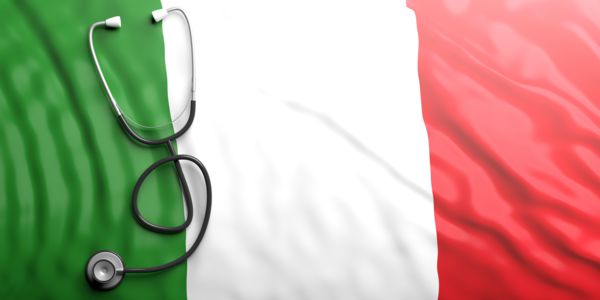 “Over the last five years the Italian public health system had to face important challenges: limiting spending, not adequately addressing the inefficiencies of the “machine”, transferring as much as possible the action of the spending review on funding granted to accredited private parties and giving rise to a de facto rationing of the services provided to users. These situation is further evidenced by the trend of several phenomena:

the growing dissatisfaction with the health system in the home Region (rising to 32.2% in 2017, and even 51.3% in the South); the difficulty of finding reliable information when choosing the most suitable hospital for the patient ; the slight and/or lack of feeling of “being placed at the center” as patients; the inadequate link between the phase of hospital discharge and that of access to social assistance-post-hospitalization services; the repeated postponing and/or foregoing of care by people who needed it.

To deal with the problems that have gradually accumulated (and worsened), especially in the last 6-7 years, a set of reaction strategies have been enacted by patients and their families, these may include: recourse to accredited private hospitals or paid private clinics, as an alternative to public facilities (41% in the first case and 20% in the second case), most especially given the reduced waiting time for services and greater trust in the accredited hospital and doctors that work there; the use of hospitals in Regions other than the one in which they live, with reasons correlated to the higher quality of hospital services, the presence of trusted medical personnel and specializations that do not exist in the regional facilities, as well as due to long waiting lists; making use of accredited private hospitals as an alternative to public ones, awareness of the ability to do so without additional burdens for users having gradually increased (from 35.5% in 2009 to 39.3% in 2017), turning to hospitals located outside the home Region (by 31% -32% of the citizens interviewed) or even by seeking healthcare and hospital services at facilities in other countries of the EU (increased from 14.1% in 2013 to 18.5% in 2017). Finally, a fundamental strategy employed is that of out-of-pocket spending by Italian families. This expenditure has increased by 22.4% over the last 10 years, while total public health expenditure has risen by only 14.2% at current prices.

The capacity of the public hospital system to deal with its inefficiencies is still largely an issue that has not been adequately resolved (as is also attested to by an examination of the Hospital Centers’ Financial Statements). All of the considerations make it possible to state that the Healthcare Agreement based on the principles of universality and inclusiveness, which we have enjoyed for almost forty years, is now significantly weakened and indeed is at risk of a serious breakdown. The truth is that the time has come to attempt a transition to a New Healthcare Agreement, while at present we are limited to intertwining the deterioration/rationing of services with the reactive behaviors that users are able to put in place.

In reality, we should take note of the situation and recognize the existence of a “gap” between the inevitable increase in current and future coverage needs and the need to continue to increase the relative public expenditure in a consistent manner. This brings us then to set forth an inevitable redesign scenario in order to more stably balance needs, on the one hand, and public resources, on the other.

All of this will therefore require rethinking our health and social welfare system which: on the one hand, should (hopefully) retain its universal and inclusive nature as much as possible for the most serious needs, and on the other hand, introduces a “responsibility commitment” for all of the parties involved, without exception: public system, insurance system, corporate representation system, workers’ representation system, individual citizens and families. The adoption of this responsibility commitment is essential for the gradual construction of a New-Healthcare Agreement that must be held together by a three-fold bond.

The first of these is that which must tie public funding to the responsibility of the healthcare “machine” to undertake an in-depth restructuring and reorganization. Cost cutting alone is not enough, as has also clearly emerged from the experiences with debt rescheduling plans and commissioners, which have led to a deterioration and a rationing of services for patients. But this first bond also implies having full and detailed transparency of the financial statements as well as the levels of effectiveness of the care activities (by number and quality of services provided) so as to “free up” some additional resources to invest in innovation, restructuring/reorganization, and the incorporation of new personnel.

At present we are faced with a moving picture, but it is becoming increasingly important to reorder the responsibilities, roles and resources of the various parties, while avoiding solutions that are as extreme as they are unworkable in their conception such as, on the one hand the nostalgia for “old-fashioned social assistance” and, on the other hand, the aspiration for “completely privatized social assistance”.

By Nadio Delai President of ERMENEIA. ERMENEIA is a company specialized in providing analytical and consulting activities to public and private clients.