On 7 October 2022 in Gdynia, on the occasion of the 20th anniversary of the Polish Association of Private Hospitals, a conference and ceremony summarising the activities of the Association took place.

The conference on the role of private hospitals in Polish health care was attended by many important people from the hospital sector, including the Deputy Minister of Health, President of the National Health Fund. The evening of celebration had a commemorative character, the achievements of the Association were recalled and its members were honoured with awards for those who have done well for private hospitals in Poland.

History of the National Association of Private Hospitals

The National Association of Private Hospitals (OSSP – formerly OSSN) was founded in December 2002 in Gdynia by the presidents of 14 hospitals. The most important objective of the establishment of the organisation was to represent private entities before mid-level officials. After three years of operation, OSSP has affiliated 50 hospitals. In 2009, the name was changed to the National Association of Private Hospitals (OSSP). Currently, OSSP associates 103 medical entities operating more than 150 hospitals throughout the country.

From the very first years of its operation, the members of the association have also set themselves the goal of jointly supporting changes in the organisation of health care in Poland, aimed at improving the patient care system, the quality of services provided and equality between the public and private sectors. The objective of the OSSP is also to initiate and support all activities aimed at developing the private hospital sector in Poland.

In 20 years of activity, the Polish Association of Private Hospitals has become an opinion-forming body in the field of legal acts prepared by the Parliament, the Ministry of Health, etc., although in the first years of activity it issued opinions only on its own initiative.

OSSP authorities also raise awareness of the role and size of the private health sector in Poland among public administration. In order to promote awareness of the important role of private hospitals in our country and in Europe, OSSP organised Congresses of private hospitals in 2013, 2014 and 2015. In 2016, the association was a co-organiser of the 1st Congress of Health Employers of the Republic of Poland “Healthy Citizen, Healthy Poland”. In 2016, OSSP published the first statistical issue “The condition of the private hospital sector in Poland”.

Since 2014, the association has been preparing an annual catalogue of OSSP hospitals. The second edition of the catalogue in 2015 was published in Polish, the third (2016) and fourth (2017) in Polish-English.

OSSP also deals with the economic aspects of hospital operations. In 2014, the Medical Purchasing Group was established, which organises central purchasing for OSSP. Within the framework of central purchasing, the association’s members have the possibility to purchase, among other things, medicines, medical devices and appliances, gas and electricity.

Since 2011, members have been receiving the OSSP newsletter every fortnight, which includes information on the latest projects and legal acts in the field of health protection, interesting press publications, information on the activities of the OSSP Management Board and news from the association’s members.

In 2022, a significant part of the association’s activities was devoted to helping Ukrainian citizens. This assistance includes: purchasing and transporting medical equipment to Ukraine, assisting in the treatment of Ukrainian citizens and organising the stay of people seeking shelter in Poland. The association has allocated most of the funds raised through contributions from its members for this purpose. Many OSSP members have been personally involved in helping people in need from Ukraine. 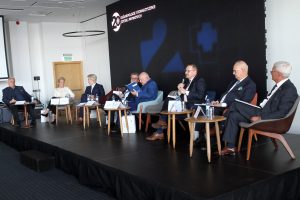 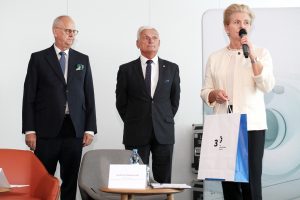