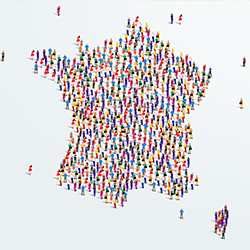 May 2022 – The IFOP polling institute asked the French people which aspects of the health system they thought needed urgent improvement… The first subject cited was “the recruitment of health care personnel”. Shortages of health care professionals are a concern for citizens. This is a rather new concern in opinion surveys on health: the health crisis has come and gone, and the awareness of human resources tensions is causing a lot of empathy. Moreover, concern for “the well-being of caregivers at work” comes in third place. On the other hand, the second priority dimension mentioned by the French is more predictable, although just as important: access to care throughout the country.

The priorities of the roadmap announced by the new Minister of Health, Brigitte Bourguignon, resonate with these expectations. It is clear that there is a desire to “ensure access to care for all” and to “consolidate and adapt” a health care system that is largely under pressure, both in the city and in hospitals. Without forgetting, of course, the need, reflected in the new title of the Ministry, to finally lay the foundations for an ambitious dynamic in favour of prevention in our country.

In terms of method, the new Minister wishes to build solutions “on a territory-by-territory basis, with elected officials, citizens, and city and hospital health care providers”, with policies being “accompanied rather than decreed from the top down”. In this context, the future Convention of Stakeholders announced by Emmanuel Macron is intended to embody the promised “change of method” for reforming the healthcare system. This decisive meeting is already eagerly awaited by the healthcare world, and we hope that it will be based on trust in the players and on collective intelligence.

Brigitte Bourguignon has other urgent matters to deal with: the impetus for training healthcare workers, taking into account the deleterious effects of inflation on the healthcare sector, and organizing our collective capacity to work together in the territories. In fact, this is what citizens want: 64% believe that an efficient health system requires synergies between the various public and private health actors. The new Minister will be able to count on the 1,030 French private hospitals and clinics.

Article published in the feednews of FHP, May 2022