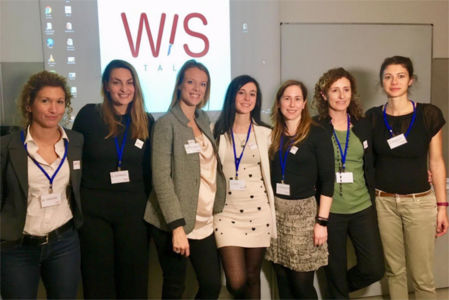 The Italian Association of Women Surgeons (WIS Italia) project begins in operating theatre back in 2015 from two women surgeons inspired by each other.

The big challenge in male/female ratio among Italian Universities and Residency programs has been well documented since the last decade and, in a close future, surgical departments will be populated by as many women surgeons as men. Hence, it is necessary to be prepared to what is expected.

WIS Italia aims to represent and support every woman surgeon in Italy from medical school to leadership position, through mentoring and research programs, high level surgical training and networking across the surgical community. We completed a national survey in 2016 (non published data) where the feeling of gender-based discrimination was confirmed at any level of surgical training and surgical career. Moreover: lack of women as a mentor in surgery plays a role in deterring young medical students to pursue a surgical career; childbearing is an unconfessed fault that puts mother surgeons in a crucial crossroads forcing them to choose between family and professional fulfilling. Therefore the need of administrative and social support (flexible hours and duties, in-hospital child care, maternity and paternity leave, ..) is high and goes together with a deep cultural change that will probably take some years.

WIS Italia has the full support of Italian Association of Surgery (SIC) that was helpful, since the begin, to reach the vast majority of Italian surgeons: after three years we count 82 active members, scientific activity in progress and collaboration with other similar association across the world. Moreover, the Association motivate its members to play a proactive role: the annual grant for a course of laparoscopic liver surgery (IgoMILS) is assigned to the best project regarding women and surgery. For year 2019/2020 we announced The WALL, focusing on new ideas for plans and strategies to break down gender stereotypes in surgical work place. 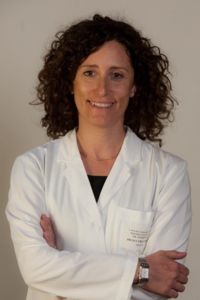 Dr Isabella Frigerio
The presence of a growing number of women in a male dominated field like surgery will bring a necessary re- modeling of surgery on women (not the other way around!).
For any information or contact, email to womeninsurgeryitalia@gmail.com
Isabella Frigerio, MD PhD
Co-founder and Past President WIS Italia
Pederzoli Hospital – Peschiera del Garda
Gaya Spolverato, MD
Co-founder and President in Charge WIS Italia
University Hospital of Padua