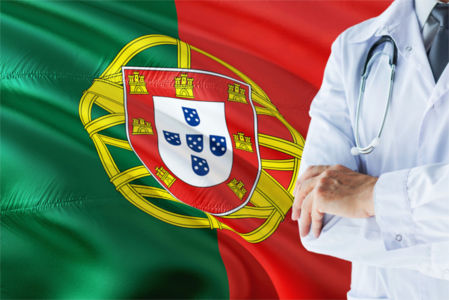 The Portuguese health system is mixed. In terms of organization and provision, there is a national health service (Beveridge-inspired) and a private sector which has shown high dynamism in recent years, with private hospitals now accounting for about one third of the hospital capacity of the system (in terms of beds, specialty consultations, surgeries, etc.). On the demand side (patients) the system is also mixed since about 40% of the Portuguese have health coverage beyond the NHS: such as private insurance (personal or professional) or health subsystems for certain companies or specific sectors.

Among the various health subsystems, the largest (ADSE) concerns the majority of civil servants. ADSE covers one 1 200,000 citizens including workers, retirees and direct family members, who pay 3.5% out of their income for the exclusive financing of this coverage. ADSE is therefore a relevant part of the health system, it represents 18% of the activity of private hospitals, it shows significant financial results in recent years and is highly valued by its members (membership is voluntary, among the eligible universe of civil servants).

Unfortunately, the relationship between ADSE and the providers has not gone well. ADSE sees itself as part of the State, does not accept dialogue and too often imposes administrative rules that are not justified and some are even illegal (for example, it imposes DSO of 120 days when Portuguese and European law prohibits terms of payment above 60 days). On 14 December 2018, private hospitals were confronted with a new measure: ADSE notified private providers that they had to pay 38 million euros for health services provided in 2015 and 2016. In general terms, ADSE argues that during those years some providers (which ADSE does not identify, nor does it specify the motive or frequency of the occurrence) invoiced ADSE for certain drugs and medical devices at a lower price and therefore all other providers have now to adjust their price to this lower rate. Everyone realizes that this reasoning is unacceptable: providers do not know and cannot know the price charged by competitors, invoices have been checked and paid and the lowest price cannot be simplistically taken as fair value.

Portuguese private hospitals challenge this process but also point out that the biggest problem is not the value but the rule: it is not acceptable to provide health services and then, after 2 or 3 years, the payer keeps the right to retroactively adjust the price to pay. An essential issue for the activity is predictability and the stability of the contractual relationship is called into question.

In view of these developments, several Portuguese hospital groups publicly announced that they would no longer work under the ADSE agreement scheme. APHP has been alerting ADSE and the Portuguese government to the serious consequences that a unilateral and administrative decision of ADSE may have on citizens’ access to health care. According to Oscar Gaspar, President of APHP, the main issue lies in the need for both sides to become partners and to establish a relationship of mutual respect between payers and providers.

The current situation in Portugal is related to the broader issue of private participation in the health system and the respect that must exist for those who invest so that society can have access to the most appropriate therapies and treatments and the most recent technologies. This is the good fight that Portuguese private hospitals are fighting.