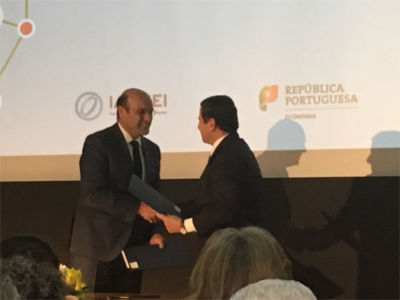 At the end of March, a Pact for Competitiveness and Internationalization was signed between Health Cluster Portugal (HCP) and the Portuguese Ministry of Health – This Pact recognizes the current and future strategic contribution of the health sector to the Portuguese economy.

Indicators of Health Cluster Portugal, which has 172 members, including the Portuguese Association of Private Hospitals (APHP), show that the health sector represents 279 000 jobs and a turnover of 27 billion euros, with tendency to grow, as Pedro Siza Vieira, Portuguese Deputy Minister of Economy, explained.

“There is a very significant possibility of growth, both in terms of the contribution of the sector to research and development in Portugal, but also in what may be the increase in production in the field of pharmaceutical services, in order to reduce the trade deficit that we continue to face in this sector,” assured the Minister.

APHP considers that this is the recognition of Health as a factor of competitiveness of the country and, as a member of HCP, “welcomes this step forward and considers that the signing of a Pact should positively mark the relationship between public entities and private entrepreneurs so that we can have more investment and thus a wider and more differentiated offer. ”

“Ensuring equity and equality in access to healthcare for the whole population at any time” and “improving contractual mechanisms to achieve better health outcomes and with more efficiency” are two assertions mentioned in the Pact and considered by APHP to be strategic for the future of the sector, as is the commitment, also made in this pact, to review the licensing mechanisms. The revision of these procedures is essential to remove costs of context and barriers for investment.

Signed in Lisbon, in the presence of the Portuguese Prime Minister, this pact with HCP was one of the three sectoral pacts signed by the Ministry of Economy, which also included the Portuguese AgroFood Cluster and the Cluster AEC – Architecture, Engineering and Construction.

According to Pedro Siza Vieira, the areas chosen were very specific: “We wanted to start with some sectors that, because of the significant weight they already have in exports or because they face particular challenges at the moment, could show how we want to work with companies from now on“.