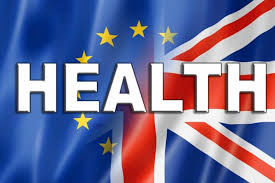 This morning, on the occasion of the 70th anniversary of the creation of the National Health System, Theresa May announced a £ 20 billion “birthday gift” (€ 22 billion) a year increase in the public health budget.

Being one of the oldest state medical assistance services in the world, the British NHS will benefit from this “birthday gift” because of the money saved by the United Kingdom, no longer paying its contributions to the EU budget.  Theresa May added: “Do you remember the Brexit campaign slogan before the referendum two years ago, promising 350 million pounds a week for the NHS if UK left the European Union? Well, by 2023 we will give our NHS almost the double, 600 million pounds a week “.
In fact, this was the promise made by Boris Johnson, leader of the Brexit campaign at the time. Some argue that this was the most compelling argument pushing British citizens to vote for Brexit. After the referendum, the same politicians who had advocated for Brexit had to admit that this was not going to happen: even with the UK leaving the EU, the promised 350 million pounds a week for the NHS was not sustainable in reality. But now Theresa May announces a “birthday gift” to public health of 384 million a week, which would become 600 million more per week in 2023. Was the referendum slogan telling the truth in the end?
Not at all, warns Paul Johnson, Director of the Institute for Fiscal Studies, the most authoritative think tank in UK. In fact, United Kingdom is committed to continuing to contribute to the EU budget at least until the end of 2020 (perhaps until December 2021 and even further) for at least £ 39 billion. Therefore, there will be no savings as a result from Brexit.
Theresa May alluded to the fact that taxpayers will be called to “pay a little more” to finance the increase to NHS budget: in short, to raise taxes.
So why is Theresa May linking the “birthday present” to Brexit? Probably because of the upcoming decisive vote scheduled next week which will decide on who will have the last word among government and parliament in the negotiations with Brussels.
What is certain is that the UK NHS is in a strong need of more money.
There are not enough doctors and nurses, first aid beds are insufficient, waiting times for operations are lengthening. The British Public health is experiencing a deep crisis, which makes some predict an inevitable future privatization following the American System.
Despite the “gift” announced by Theresa May, the seventieth birthday of the British NHS is threatened by anxieties and unprecedented worries: the NHS is ill and Britain needs a ton of money “to cure it”.
Translation from the original text: http://www.repubblica.it/esteri/2018/06/17/news/brexit_servizio_sanitario_nazionale_intervista_theresa_may-199237045/?refresh_ce