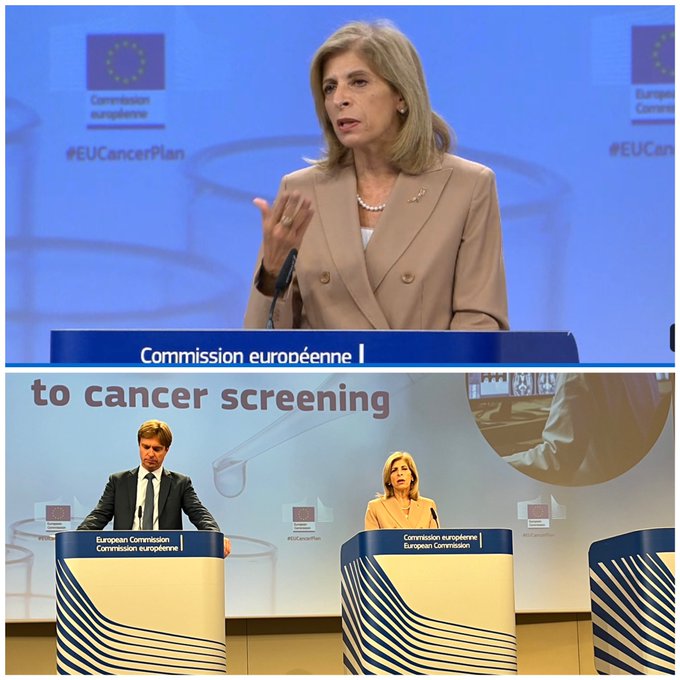 Last 20 September, the Health Commissioner, Mrs Kyriakides, presented a couple of days ago a new approach to support Member States increasing the uptake of cancer screening, as part of the EU Cancer Screening Scheme to be put forward under Europe’s Beating Cancer Plan. Focusing on detection of cancers at an early stage, the objective of the proposed recommendation is to increase the number of screenings, covering more target groups and more cancers.

This new EU approach, based on the latest available scientific developments and evidence, will support Member States ensuring that 90% of the EU population who qualify for breast, cervical and colorectal cancer screenings are offered such screening by 2025. The new recommendation also expands population-based organised cancer screening to include lung, prostate and, under certain circumstances, gastric cancers.

The recommendation aims to increase the uptake of cancer screening for breast, colorectal and cervical cancer to reach the target set in Europe’s Beating Cancer Plan to offer such screenings to 90% of those who qualify by 2025. In addition, targeted screening should be extended to other cancers, notably prostate, lung and gastric cancer.

To facilitate more targeted and less invasive screening, the recommendation:

Building on the most recent evidence and methods, the recommendation extends organised screening to three additional cancers:

The Recommendation pays particular attention to equal access to screening, the needs of particular socioeconomic groups, persons with disabilities and people living in rural or remote areas to make cancer screening a reality across the EU. It is also important to ensure adequate and timely diagnostic procedures, treatments, psychological support, and after-care. The recommendation furthermore introduces a regular systematic monitoring of screening programmes, including disparities, via the European Cancer Information System and the Cancer Inequalities Registry.

To support the implementation, EU guidelines on cancer screening and treatment will be developed with the financial support of EU4Health on lung, prostate, and gastric cancer. Existing EU guidelines on breast, colorectal and cervical cancer will be regularly updated.