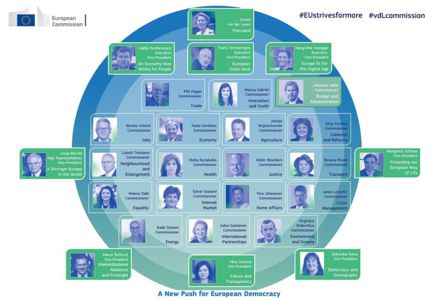 On 10th September  the new Von der Leyen European Commission was appointed and presented in Brussels.

As for the new Health Commissioner, Stella Kyriakides, her priorities will be discussed during her hearing in the European parliament at the end of the month (first week of October).
Stella Kyriakides – Cyprus
Born under British rule, she trained in Britain as a child psychologist. As vice president of the Democratic Rally party since 2013, she’s President Nicos Anastasiades’ right arm. Career politician. Pushed for a law in 2018 decriminalizing abortion. This would be her first Brussels gig, but she’s known in Europe for her stint as president of the Council of Europe’s Parliamentary Assembly.
Key priorities : Medicines access, implementation of the medical device regulations, e-health, AMR and cancer.
Please find here the official letter of appointement.