Accueil » News » Portuguese Presidency of the Council of the European Union 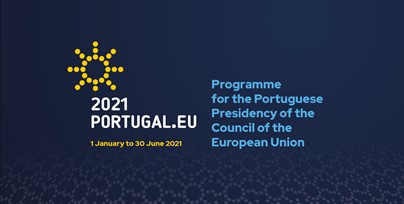 On 1st January 2021 Portugal took over the rotating Presidency of the Council of the European Union.

With the motto ‘Time to deliver: a fair, green and digital recovery’, Portugal takes over this Presidency with three major priorities for the EU:

One of the main priorities is to implement the Multiannual Financial Framework (MFF) 2021-2027 and of the EU Next Generation Instrument (Next Generation EU), which include a series of innovative financial instruments for supporting the upturn in Europe, in particular the Recovery and Resilience Facility.

A central theme of Portugal’s Presidency will be to strengthen the European social model, so as to transmit a sense of confidence to citizens. The aim will be to ensure that the dual climate and digital transition is achieved in an inclusive way, without leaving anyone behind, whilst addressing the social dimension of the pandemic.

Particularly on healthcare, Portugal’s Presidency will support the creation of a European Health Union, which strengthens the capacity to respond to public health crises and to produce and distribute safe vaccines, in Europe and beyond. It will contribute to ensuring that the process of vaccination against COVID-19 takes place simultaneously in all Member States and that the vaccine is a universal good, both public and free.

Lastly, Portugal’s will be the first rotating presidency to deal with the United Kingdom’s definitive departure from the EU’s Internal Market and Customs Union. With a provisional agreement now in place on the future relationship between the two sides, Portugal’s Presidency will work to obtain its definitive approval and then its implementation, so that the United Kingdom and the European Union can consolidate a strong partnership, in the economic, geopolitical and security fields.

More at: With the motto ‘Time to deliver: a fair, green and digital recovery’, Portugal takes over this Presidency with three major priorities for the European Union (2021portugal.eu)