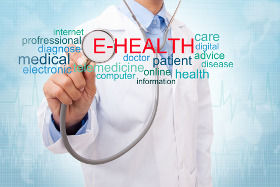 The patient electronic health card ELGA introduced in Austria in December 2015 includes patient electronic health record. Hospitals are now connected to the network, followed by city doctors in 2017. The goal is then to integrate remote monitoring applications into the IT infrastructure. Thus, Austrian physicians will be able to keep track of their patients through a single, secured platform (e.g. blood sugar monitoring etc.) and patients will be able to use their patient records to transfer their data. For this a unique telemonitoring platform is necessary. Emphasis is initially placed on three indications: diabetes, heart failure and implant monitoring. Chronic lung disease should follow.

Measuring instruments, applications and devices used must also be compatible with the IT infrastructure. Austria is counting on the standards of the international organisation Continua. Many manufacturers use other standards, which poses a problem of compatibility of the devices and medical equipment with the platform.

Since 2010, Sweden has used a system very similar to that of the Austrians, and these two countries, as well as other Scandinavian countries are cooperating closely. In Sweden, electronic patient records are maintained at a national level, able to manage all the telemedicine operations and remote monitoring data. At a European level, Sweden is a pioneer in terms of the latter. With 10 million people, about 400 million digital transactions, mainly administrative patient data are exchanged each year on the platform. The next step is to use this platform for telemonitoring and video-conferencing in teletherapy. The Swedes face the same difficulties as the Austrians with respect to compatibility of standards and equipment and are putting pressure on the supervisory authorities to make Continua the standard reference.