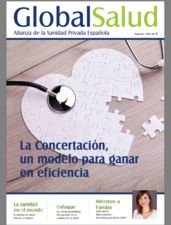 Our Secretary General, Ms Ilaria Giannico, has being interviewed by the Spanish magazine “Global Salud”.

Being appointed new UEHP SG in July 2016, Ms Giannico speaks about her new role at the hearth of Europe and the main battles UEHP is involved in at European level.

The interview also provides some insights on the role of private hospitals in Europe and the main obstacles they are dealing with, with a focus on the Spanish private hospitals represented by Alianza de la Sanidad Privada Espanola (ASPE), member of UEHP. 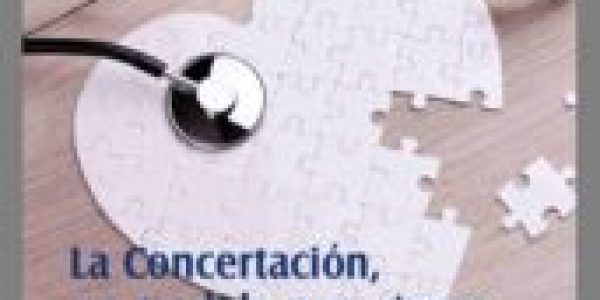 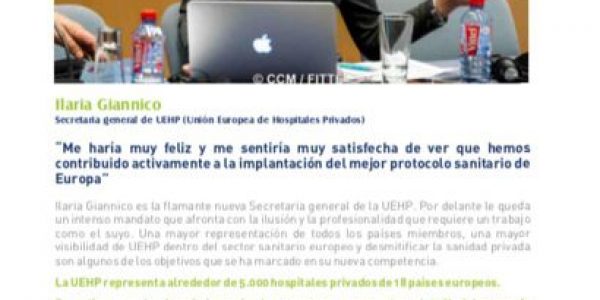 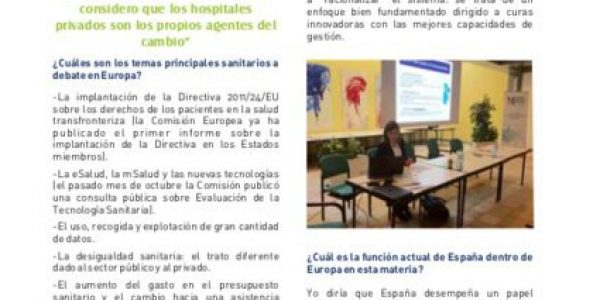 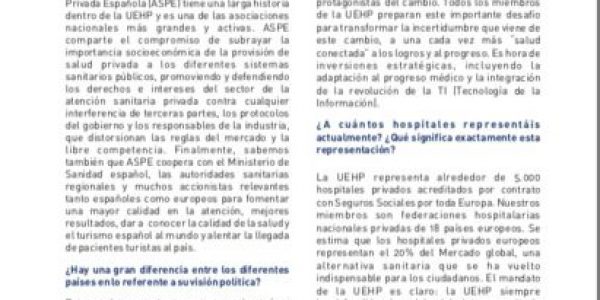